A threat from a common enemy may no longer unite polarized Americans, study suggests 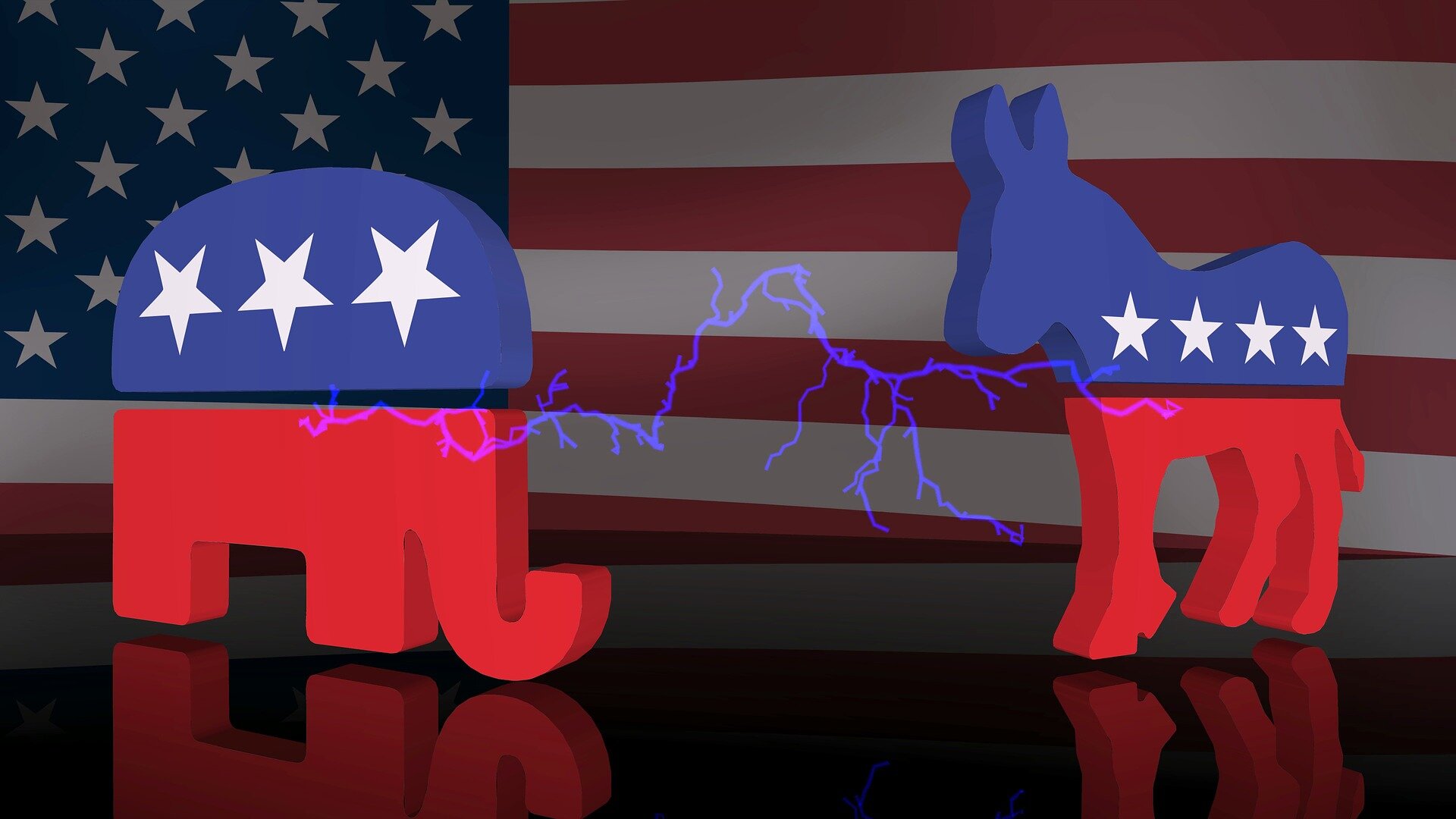 During World War II, Americans came together. They ate less meat and planted victory gardens. They lowered thermostats and rationed their gasoline. Republican, Democrat—it mattered little: Against a common enemy, American civilians were willing to sacrifice on behalf of American interests.

That was 80 years ago, when the political climate was less rife with partisan animosity. In 1960, 10% of parents said they would be uncomfortable if their child married someone from the opposing political party. By 2010, that figure was 33%.

“Intuitively it makes sense that common enemies unite people. It’s a folk theory that goes back to ancient Sanskrit writings,” said Douglas Guilbeault, an assistant professor at Berkeley Haas. “Given the state of polarization today, the question is whether we can get Republicans and Democrats working together in the face of a common threat.”

In new research published in the journal Nature Scientific Reports, Guilbeault and six coauthors found the opposite to be true. The series of experiments found that exposing partisans to information about a common enemy instilled in Republicans a deeper distrust of Democrats than they started out with. The same was not true of Democrats in the study.

The researchers recruited about 1,700 Republicans and Democrats between October 2019 and January 2020 to take part in a survey. Participants were sorted into three groups, and each read a different article from Reuters: one with a patriotic tilt about Fourth of July celebrations around the U.S.; another—chosen to evoke a “common enemy”—about how Russia, Iran, and China were conspiring against the U.S.; and the third a neutral article on early human drawings discovered in South Africa.

In the second stage of the experiment, participants were told they could earn additional money based on the accuracy of their response to the question: “What percentage of immigrants between 2011 and 2015 were college educated?” After they gave their answers, participants were given an answer supposedly generated by a member of the opposing political party. (In fact, it was generated by a bot programmed to give a “guess” that differed from the participant’s by roughly 50 percentage points.) Participants were then given the chance to revise their guesses.

“The extent to which someone used information from the other party to update their estimate gave us insight into cross-party cooperation,” Guilbeault said.

What they found was that only reading the “common-enemy” article about Russia, Iran, and China moved people’s guesses, and it appeared to increase animosity rather than bringing people closer. Specifically, Republicans who had read the article were less willing to use information provided by Democrats. The effect was stronger among those who described themselves as more conservative.

The research project took an interesting turn when, on January 3, 2020, United States special forces in Iraq assassinated the influential Iranian general Qassim Suleimani. The news was saturated with the event and fear of war spiked domestically and abroad. That was midway through the researchers’ study and the events provided a natural experiment alongside the survey experiment—a real-time U.S. threat alongside the more abstract threat from a news article.

The researchers found that, after Suleimani’s assassination, Republican participants both identified much more strongly as American and were much less likely to cooperate with Democrats.

The different parties’ views of what it means to be “American” may be what drove the different reactions, the researchers theorize. Even though a “common enemy” prompt might have pushed people to think of themselves as more “American” and moved them closer together, the presentation of an external threat may instead have further inflamed divisions.

“Because Democrats and Republicans appear to have very different definitions of what it means to be an American, then you can actually create more conflict by getting them to identify this way,” Guibeault said. “We find evidence consistent with that backfire effect here.”

(He acknowledged it’s also possible this particular threat resonated more with Republicans than Democrats, and results could vary with a different threat.)

The fact of contemporary polarization has been well documented in academia and the popular press. But what this polarization means for the health of the country remains uncertain. As Guilbeault and his colleagues demonstrated, one key implication is that partisan tensions, when strung high enough, can lead political rivals to see each other more as an external enemy than as a source of mutual strength.

This insight should have us on high alert going into the next election, which is slated to be one of the most polarizing yet, Guilbeault said.

“We saw it with COVID, where there was a common enemy and each party was simply pointing fingers at the other one,” he said. “Intensely polarized societies seem to create this backfire effect where, rather than bringing groups together, exposure to a common enemy makes them more likely to accuse each other of being on the enemy’s side.”

Provided by
University of California – Berkeley

Citation:
A threat from a common enemy may no longer unite polarized Americans, study suggests (2022, December 2)
retrieved 2 December 2022
from https://phys.org/news/2022-12-threat-common-enemy-longer-polarized.html