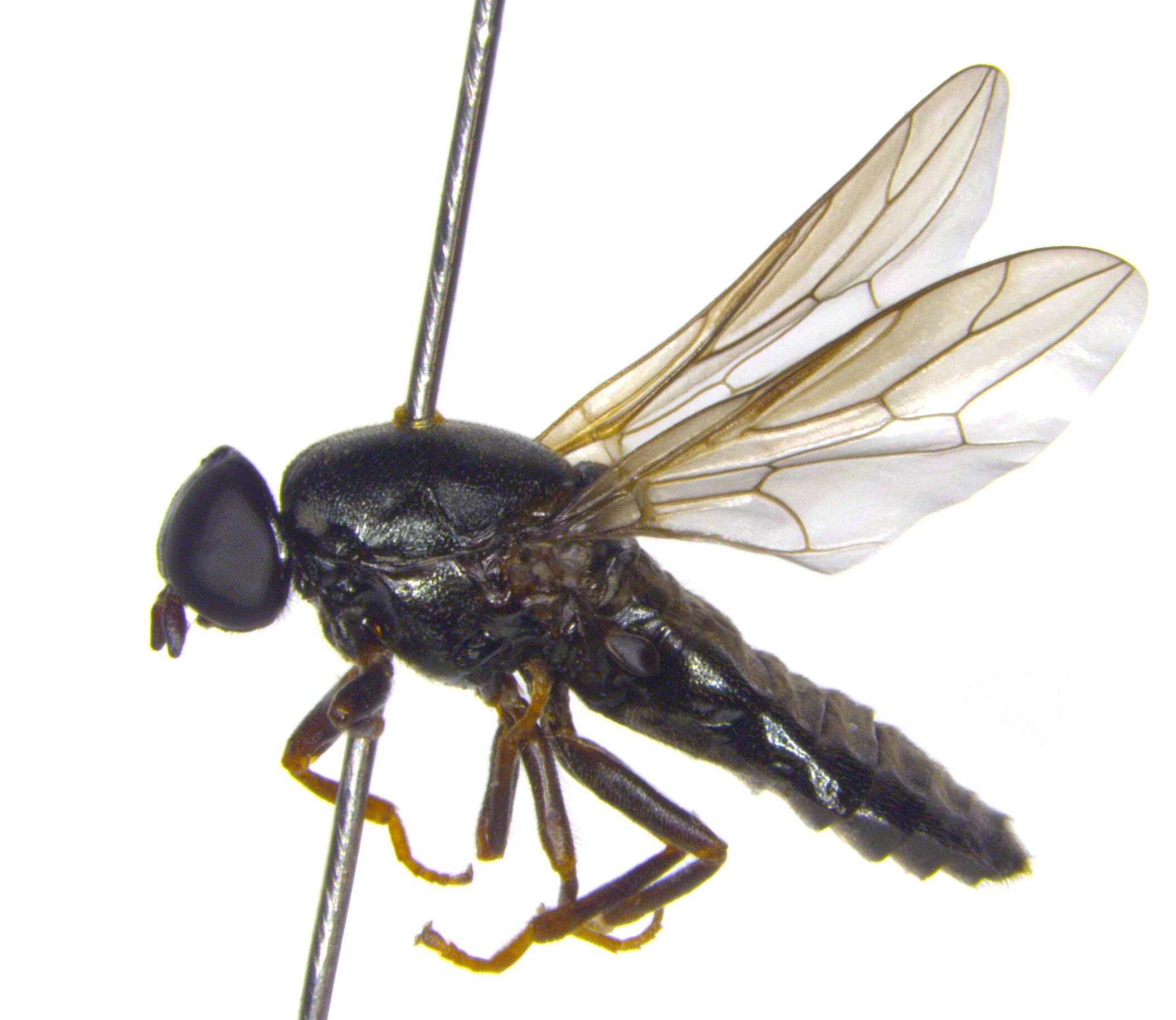 Researchers from the University of Eastern Finland and the Zoological Museum of the University of Turku have published in the journal ZooKeys an official description for Scenopinus jerei, a new fly species from Finland. This 4-5 mm sized, slender blackish fly belongs to the fairly primitive and species-poor family of window flies (Scenopinidae). The best-known representative of the family is the cosmopolitan window fly (Scenopinus fenestralis), commonly found indoors in man-made dwellings. Besides the common window fly, another species, Scenopinus niger, was also previously known from Finland.

Only about 420 species of window flies are known, most of them from the arid regions of the world. Similarly, the Nordic species are associated with dry habitats, such as animal nests, where their larvae prey on other insects. The common window fly can be considered beneficial as their larvae predate on indoor pests. The newly described species lives in the nests of cavity nesting birds in boreal forest habitats and is widespread but rare in Finland. The species is so far only known from Finland, but it is expected to be found in suitable habitats also from the adjacent countries.

The existence of a third Scenopinus species in Finland has been known for a couple of decades, although initially under a mistaken identity. The first person to suspect that the species was new to science was Mr. Jere Kahanpää, a diptera expert and digitization manager at the Finnish Museum of Natural History. Because window flies are a poorly known group, with few experts even globally, the identity of the species remained unsettled for years. However, thanks to a project to enhance knowledge of Finnish biodiversity (PUTTE2), supported by the Finnish Ministry of the Environment, the work has now been completed and the new species named, as well as formally approved by the scientific community. The authors of the work, Jaakko Pohjoismäki and Antti Haarto, have named the species Scenopinus jerei to acknowledge the central role of Mr. Jere Kahanpää in its discovery. Besides the species description, the published article also contains identification keys for determining all European window fly species.

The fact that a species previously unknown to science can be discovered from a relatively species-poor and well-studied Nordic country underscores the fact how poorly the local biodiversity remains to be known.

New horsefly species found in the fauna of Finland

Guardians PC Port Is “Not in the Cards” Now, but the Developer Is Aware of the Demand

X-ray microscopy at a speed of 1000 tomograms per second

Afterlife Images Feature the New Cast and an Angry…