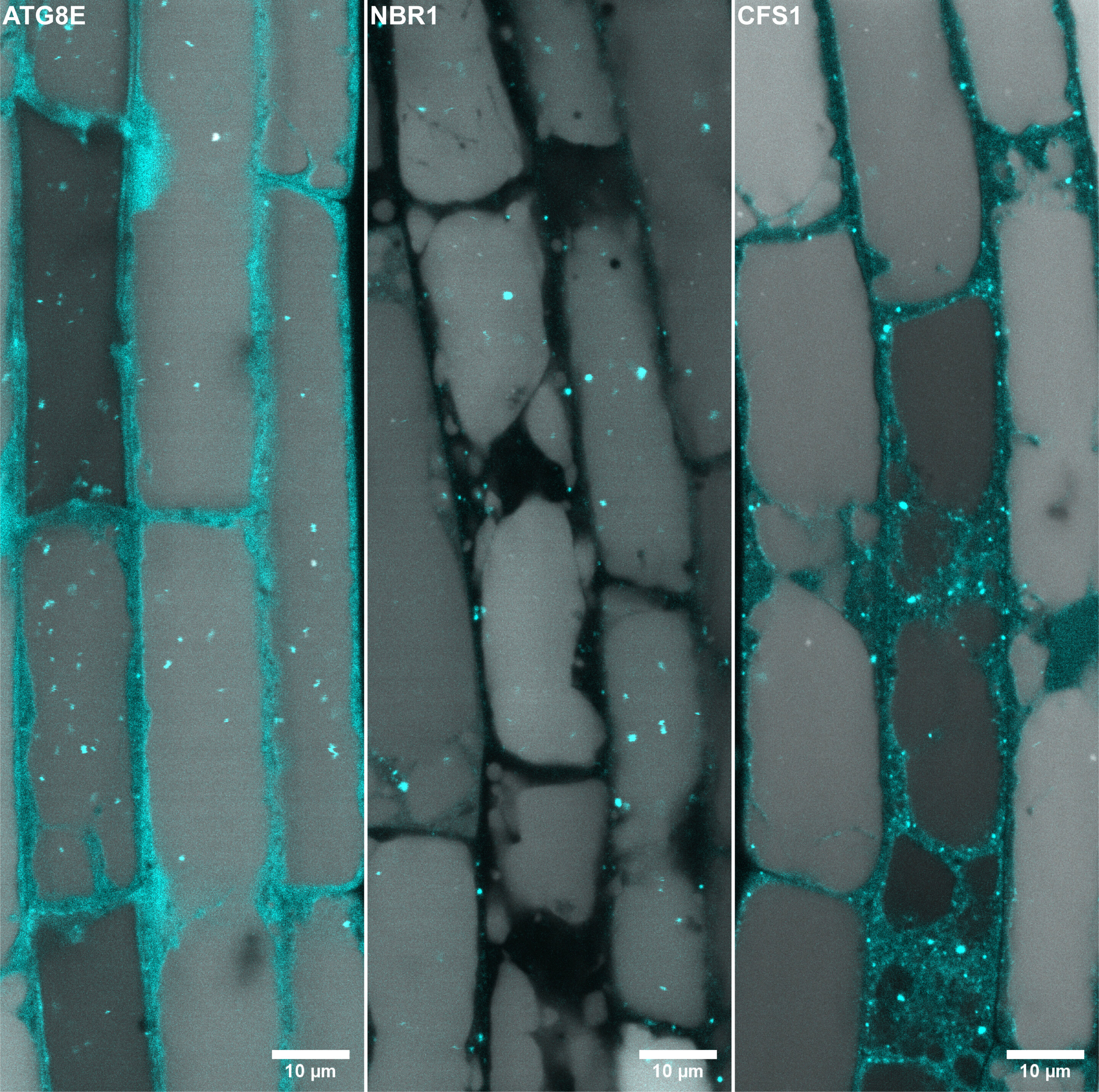 A “hub and spoke” system enables plant cells to efficiently coordinate cellular trafficking, particularly for cellular recycling, the so-called autophagy process. Specialized vesicles, the autophagosomes, engulf harmful molecules and carry them to the vacuole, where they are degraded. During this journey, the autophagosomes mature using molecular mechanisms about which little is known in plants.

Now, researchers from the Gregor Mendel Institute of Molecular Plant Biology of the Austrian Academy of Sciences (GMI) characterize the mechanism by which autophagy uses the hub and spoke model in plant cells. The findings are published in the Journal of Cell Biology.

Initially, autophagy was thought to be a survival process of cells when they are starved or stressed. However, autophagy is increasingly understood as a quality control mechanism that ensures the cell’s normal functioning by recycling cellular components that have become unwanted or harmful. With the help of autophagy, the cell replenishes its molecular resources and generates some of the energy needed for responding to changes in the environment.

Autophagy operates through autophagosomes, double-membraned vesicles that engulf the material to be degraded. “Autophagosomes are organelles that are born, mature, and die,” says Yasin Dagdas, Group Leader at GMI and one of the corresponding authors of the study. “We knew quite a bit about how autophagosomes are born, but much less about their maturation path and delivery to their final destination, especially for plant cells.” In plant cells, the “final destination” is the vacuole, a large organelle that occupies around 80% of the cell’s volume and is filled with digestive enzymes.

Many vesicular organelles, like the autophagosomes, are at work in the cell; they move across the cell in a well-orchestrated manner to mature and fulfill their functions. In their latest publication, Dagdas and his team show that plant autophagosomes do not follow a direct, linear path on their way to the vacuole. “We don’t know yet if this is true for all plant autophagosomes, but we show that at least some of them stop at a different location before reaching the vacuole,” says Dagdas.

Using complementary approaches in biochemistry, cellular imaging, and structural biology, the researchers show that plant autophagosomes first fuse with other endosomal organelles called “multivesicular bodies” (MVBs) to form the so-called “amphisomes.” In turn, the amphisomes then fuse with the vacuole.

“The trafficking pathways are quite complex, but they all need to be coordinated,” says Dagdas. “Generating vesicles is energetically costly for the cell. Hence, we believe that by using the amphisomes as sorting hubs for autophagosomes, the cell optimizes its energetic efficiency.”

The scientists compare this sorting hub model to the “hub and spoke” system seen in the aviation industry and other supply chain logistics. “By having all materials transit through centralized hubs, the cell reduces its logistical costs as fewer routes are necessary. In addition, this system allows the cell to be economical, as complicated operations can be performed in the hubs rather than organized separately in each autophagosome,” Dagdas explains.

The researchers confirmed the function of the autophagy adaptor CFS1 in two evolutionarily distant plant model organisms: Arabidopsis thaliana and Marchantia polymorpha, thus suggesting that this mechanism of autophagosome maturation is conserved across plants. Since autophagy plays a central role in the regulation of cell stress, this research could find future applications in engineering plant vesicular trafficking to help increase plant stress tolerance.

Citation:
A new stop along the cellular journey of recycling organelles in plants (2022, October 19)
retrieved 19 October 2022
from https://phys.org/news/2022-10-cellular-journey-recycling-organelles.html