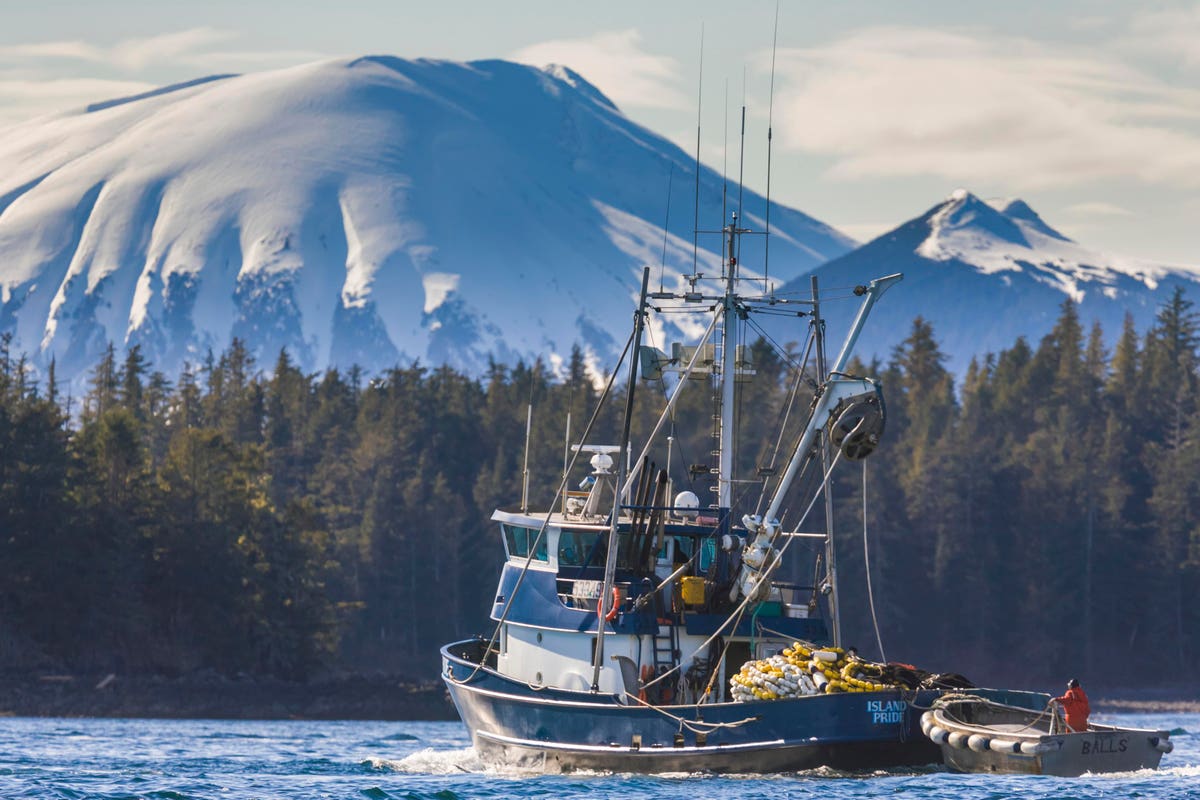 Magma is on the move around the ring of fire. Massive Mauna Loa in Hawaii is rumbling, and now molten rock movement has been detected below Mt. Edgecumbe, a long dormant volcano in Alaska.

The Alaska Volcano Observatory (AVO) discovered that magma has been moving upward through Earth’s crust beneath the volcano, which has been quiet in the modern era. Local indigenous oral histories tell of the most recent eruption about 800 to 900 years ago.

The AVO scientists used satellite images and computer models to estimate that magma has risen from a depth of 12 miles to only six miles, causing recent earthquakes and deformation of the surface.

“That’s the fastest rate of volcanic deformation that we currently have in Alaska,” said University of Alaska Fairbanks associate professor of geodesy Ronni Grapenthin, who is a lead author on a research paper outlining the findings in the journal Geophysical Research Letters.

“And while it is not uncommon for volcanoes to deform, the activity at Edgecumbe is unusual because reactivation of dormant volcanic systems is rarely observed,” he added.

This doesn’t mean an eruption is imminent, but the volcano was officially recategorized from “dormant” to “historically active” earlier this year.

A swarm of earthquake activity was observed at Mt. Edgecumbe, which is just 15 miles from the town of Sitka and its 8,500 residents, in April.

The research team went to work analyzing satellite radar data after the earthquakes were detected and soon discovered that magma movement was to blame for the tremors.

Grapenthin says the magma is still quite deep and that there is nothing for locals to lose sleep over for now.

“This magma intrusion has been going on for three-plus years now,” he said. “Prior to an eruption we expect more signs of unrest: more seismicity, more deformation, and—importantly—changes in the patterns of seismicity and deformation.”

New monitoring equipment has been placed on the mountain this year and scientists are now taking a closer look at other volcanoes nearby.

Denial of responsibility! TechCodex is an automatic aggregator of the all world’s media. In each content, the hyperlink to the primary source is specified. All trademarks belong to their rightful owners, all materials to their authors. If you are the owner of the content and do not want us to publish your materials, please contact us by email – [email protected]. The content will be deleted within 24 hours.
AlaskaAlaska Volcano Observatoryeruptionmt edgecumbe
0
Share

Halo has been made playable in Halo Infinite Forge (sort of)