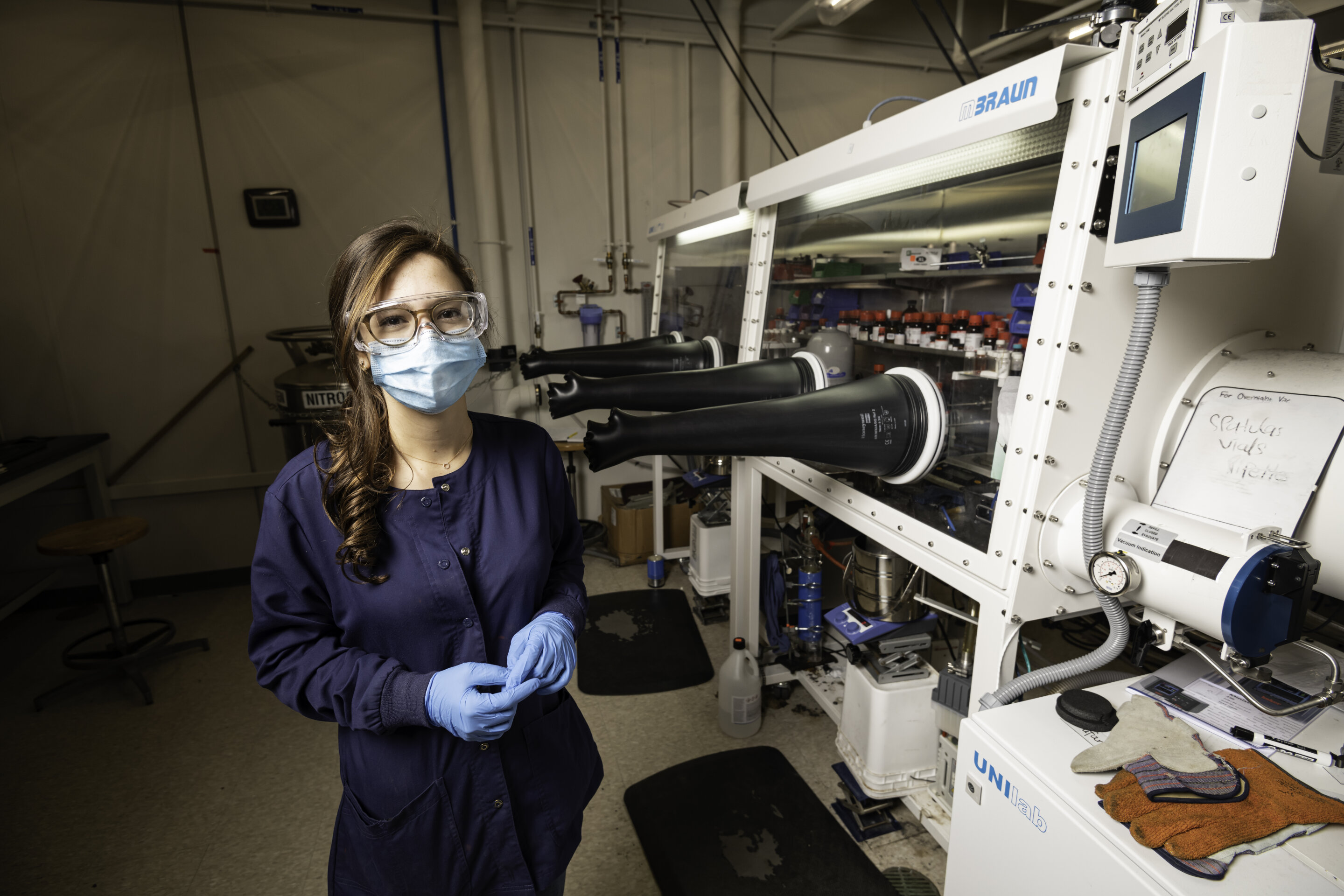 If there were a classroom full of all the transition metals that could be used as catalysts for complex pharmaceutical reactions, iron would be the most promising but most unruly member.

However, researchers at the University of Rochester and the University of Maryland have created and characterized a new kind of reaction that could potentially bring iron to the front of the class, enabling faster, less expensive synthesis of previously difficult to make, drug-like compounds in a single step. They report their findings in the journal Science.

“This is a tremendous leap forward in developing effective and practical iron-based reactions that the pharmaceutical industry could utilize,” says Michael Neidig, the Marshall D. Gates, Jr. Professor of Chemistry at Rochester, whose research group collaborated with that of associate professor of chemistry Osvaldo Gutierrez at Maryland, before Gutierrez moved to Texas A&M in August 2021.

Iron: A better catalyst than palladium for chemical synthesis

So-called transition-metal catalyzed cross-coupling reactions are among the most widely used methods for chemical synthesis. The transition metal catalyst often used by industry and academic labs for these reactions is palladium. Palladium works well, but it’s rare, expensive, and toxic—which is why the Neidig and Gutierrez labs have been working to generate iron alternatives.

Iron—though abundant, cheap, and relatively nontoxic—has been underdeveloped in part because when it is bound to carbon in these reactions, the resulting organoiron compound can be very unstable and challenging to control.

Part of Aguilera’s work involved recreating the exact crystal structure of each of the four “species” of iron used in the reaction—in effect, creating a photo of each. She then characterized each of the species to determine which started the reaction, and the roles played by the other three at different stages of the reaction.

“It was a very challenging project,” says the fourth-year Ph.D. student who came to Rochester after completing a BS in chemistry at the Universidad Nacional de Colombia. “But I was very excited about it because it allowed me to really dig into a very different type of chemistry.”

Neidig says that Aguilera used an array of spectroscopy tools and a unique cryogenic infrastructure that allowed lab to “study unstable organoiron compounds that very few chemistry labs in the world can.” Her analysis “sets the framework to continue the development of iron-based reactions in a rational, mechanistically driven way,” he adds.

A promising advance in drug development

What are the prospects for implementation in drug development?

“I think it’s a reaction that will be attractive to pharmaceutical companies,” Neidig says.

“The reaction might require more tweaking and development,” he adds. But when it comes to that task, “the fundamental mechanistic framework we established will be so important in helping people think about how to make this system better and more efficient.”

Both Aguilera and Neidig praised the close working relationship that developed with Gutierrez’s lab, especially given the scarcity of labs willing to work with iron catalyzed cross-coupling reactions because of the high risks and low rewards.

“Osvaldo is an incredible collaborator,” Aguilera says.  “He is very willing to share his knowledge, and so it was a pleasure to work with him.”

The unfair ‘double whammy’ of minority ethnic children in care

Goths, Nicolas Cage is one of you

DAEMON X MACHINA Is the Latest Free PC Game on…

Willem Dafoe Explains Why He Returned for…