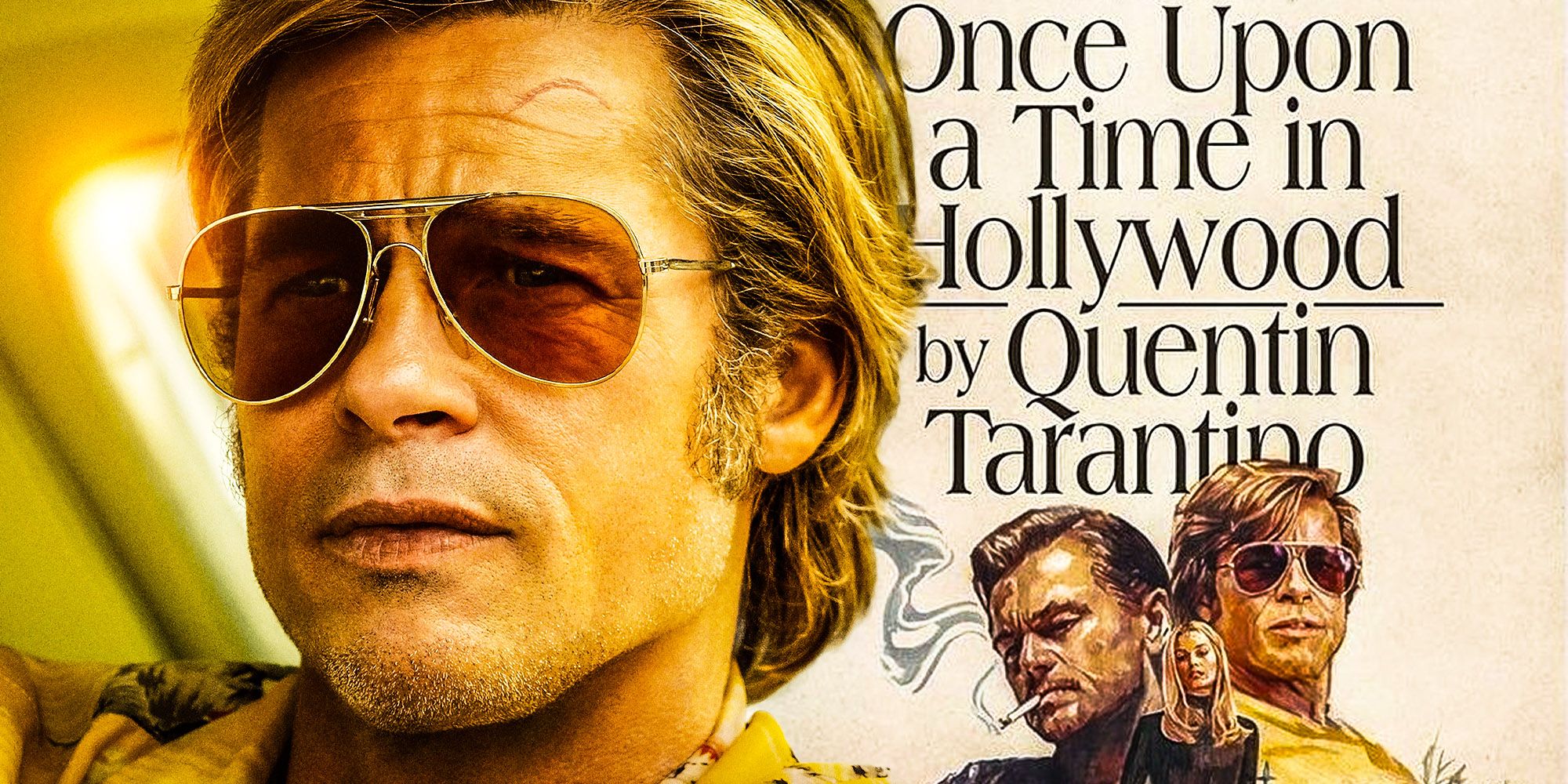 Warning: SPOILERS For Once Upon A Time In Hollywood: A Novel.

Once Upon a Time in Hollywood: A Novel is both a comfortingly familiar read as well as a different enough experience so as not to feel redundant. Tarantino expands more elements of the plot than he removes, and it serves to further inform the reader of how the characters function.

RELATED: 10 Funniest Quotes From Quentin Tarantino’s Once Upon A Time…In Hollywood

Never detracting from the experience of watching Once Upon a Time in Hollywood, Tarantino also alters several scenes. Some he sheds a much larger light on while others he’ll toss aside with a mention.

The movie’s brutal, bloody finale is given nothing more than a brief mention in Tarantino’s novel. It’s as if he himself didn’t find it to be the film’s vital scene. This does sacrifice the hilarious scene where Maya Hawke’s “Flowerchild” runs back to the car and leaves her insane “family” members behind.

This is arguably the biggest change from the film. The book ends on a sweeter note, and while it doesn’t alter the total experience, it does tweak it. Tarantino’s novel is an easy read even if the viewer has seen the film version multiple times. It gives the reader the sense they’re watching a director’s cut of sorts.

On page 16, Marvin and Rick are having their meeting about Rick working in Italian cinema (which takes place in Marvin’s office as opposed to the restaurant seen in the film). It’s one of Once Upon A Time in Hollywood‘s most reference-filled scenes.

Marvin asks Rick, “What was your last theatrical feature?” To which Rick responds with, “A horrible children’s movie made for the kiddie matinee crowd, called Salty, the Talking Sea Otter.” This (apparently embarrassing) children’s film was not directly mentioned in the film. In the novelization, it serves as somewhat of an explanation regarding studio contracts.

RELATED: 10 Unpopular Opinions About Once Upon A Time In Hollywood (According To Reddit)

A chunk of the book focuses exclusively on Booth’s love for cinema. He particularly favors Japanese films. As seen on page page 36, “Cliff’s connection and devotion (though he would never call it that) to Japanese cinema wasn’t limited to just Kurosawa and Mifune.” This is Tarantino the cinephile shining through.

Cliff is arguably the most altered character from Tarantino’s filmic love letter to the industry. He’s a much darker individual in the book but still has somewhat of a code of ethics.

In the book, Cliff commits murder and gets away with it more than once. On page 73, Tarantino writes, “The first time was in Cleveland in the fifties.” The second time is alluded to in the film. The third time is Brandy’s former owner, a dogfighter (which is something Cliff engages in only for a short time). Like in the movie, he’s also a war hero with a substantial number of kills. In the book, however, his utter lack of feeling in regards to murder is expounded on frequently.

While Margaret Qualley gets a fair amount of screentime in Tarantino’s film, her character gets far more in the book. She also gets what would rank among Once Upon A Time in Hollywood‘s best music moments.

In the book, it’s revealed that her father was basically the only father to not have a problem with his daughter joining the Family. After showing up with a shotgun, he and Charlie even drop acid together. On page 306, Cliff asks, “Your dad dropped acid with the guy that ruined his life?” To which “Pussycat” responds, “My dad dropped acid with the dude who showed him how groovy life could be…Later my dad asked Charlie if he could join the Family.”

There’s no doubt about it – Cliff murdered his wife. Chapter Ten of the book starts with “The minute Cliff shot his wife with the shark gun, he knew it was a bad idea.”

RELATED: 5 Ridiculous Fan Theories About Once Upon A Time In Hollywood (& 5 That Actually Make Sense)

Tarantino then elaborates on how she was split in two, and his efforts to hold together her two halves. His hostile feelings for her are elaborated on, but within the moment he finds himself “expelling frantic heartfelt statements of remorse and regret.” Given Tarantino’s violent expansion of Cliff Booth in the book, his decision to shoot her isn’t surprising, but his reaction is.

When Cliff picks up “Pussycat” (after several failed attempts) she takes him to Spahn Ranch. This is not changed in the book, but the ride there is.

She still propositions Cliff, and he still asks to see her identification. In the book, she goes quite a bit further. She removes her pants and lays back in the Coupe de Ville. All to the tune of Tom Jones’s “What’s New Pussycat?”, it’s a very provocative scene and is obviously something that would be better off left out the film.

If Trudi Fraser isn’t a stand-in for Meryl Streep, it would be truly shocking. Fortunately, she gets quite a bit more “screentime” in the book.

In fact, the ending of the book focuses on her and Rick’s running lines. It’s as if she’s keeping his ego grounded, and his work ethic in line. The reader (and the viewer) get the extent that Rick Dalton could be a major star if he’d only extract himself from his own head. Whether it’s intentional or not, Trudi is getting Rick on the right track.


Next
Disney: 9 Live-Action Actors Who Look Just Like Their Animated Character

Ben Hathaway is a TV/movie list writer for Screen Rant. A former Therapeutic Day Treatment counselor, Ben is now a career writer. When not working, he is writing and self-publishing (on Amazon) novels under the name Scott Gray. In his spare time, he’s reading on the porch or watching every film under the sun. Ben can be contacted at [email protected]