5 Tips to Help You Jump Right into Random Video Chatting 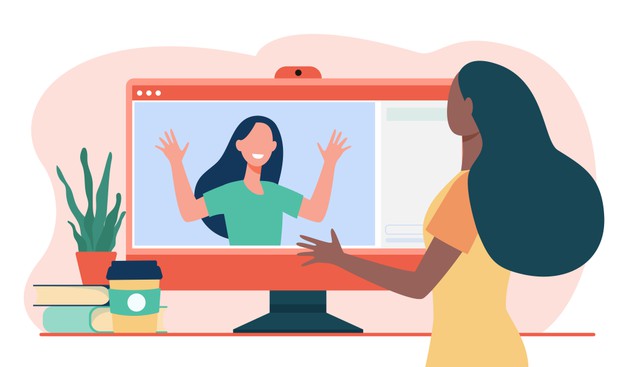 Just like with most social interactions, random video chatting isn’t one of those things that takes much talent; but at the same time, it’s always nice to have that feeling of knowing what you’re doing. You could accomplish this through trial and error, or you could learn from someone else without having to make your own mistakes first – which should make your first few video chats much more comfortable.

When you think about random video chatting, what comes to mind? Whatever it happens to be, you could probably turn your chats into something even better by using these 5 tips. By the time you’ve tried them out on a video chatting site like Chatrandom, you’ll probably have ideas of your own that you can use to spice up every video chat session.

1. Make it easy for the other person to talk

Whether you’re a natural chatterbox or a nervous talker, it’s easy to accidentally take up the spotlight for longer than you meant to. When this happens, though, the person you’re chatting with could decide that you’re a bit self-obsessed, and move onto the next chat. After all, even the best stories get boring pretty quickly if they’re being told to people who aren’t interested.

Instead, make sure that the conversation goes both ways. If they ask you a question about yourself, answer them and then follow up with a question about them. There should be plenty to talk about without revealing any personal information, and this is a great way to ensure that both of you enjoy the interaction.

In the real world, a first impression includes factors like your handshake or hug, your posture, the clothes you’re wearing, and how you generally present yourself. Some of those things still apply if you’re meeting people over a webcam, but instead of practicing your handshake, give some thought to your background and lighting.

Then there’s the background. It doesn’t have to be beautifully arranged, or spotlessly clean (although that wouldn’t hurt); the main thing is that it doesn’t distract too much from you. For instance, if your webcam picks up your red curtains too strongly, it could look like you’re video chatting from an evil lair instead of your red-themed bedroom. As long as you stick with quieter background colors, you should be fine.

3. Open your mind to learn about different perspectives

Everybody has certain topics that they just won’t budge on – things that are a matter of conviction. However, they probably have even more opinions that could change after hearing about something from a new perspective. And if there’s anything that random video chatting can offer, it’s new perspectives!

Since people join video chat sites from all over the world, it’s easy to find individuals from many other cultures to talk with. No matter what subject you land on – whether it’s coffee culture or wedding customs – you can probably learn something cool if you’re willing to listen. You know how people travel abroad, return home, and just can’t stop talking about how great their trip was? It’s not just because they saw the local monuments and tried some authentic cuisine – it’s also because they were able to learn about a whole new culture. Video chatting won’t be quite as immersive, but you can still learn a thing or two that never would have come up in your regular social circles.

4. Shake things up with some curveballs

For some people, video chatting about collectibles, sports, or hobbies just won’t cut it – they have to express their personality and sense of humor, even if not everyone will understand it.

What could this look like? You could play it deadpan for a couple of minutes, before putting on a false mustache and eyebrows in the middle of a conversation about how awesome your grandmothers’ baking skills are. Do a little harmless bragging about how you’ve been picking up the recorder rather well, offer a demonstration, and play absolute nonsense. Suggest a karaoke competition and sing like you’re completely tone-deaf. Once you reveal the gag, there’s sure to be laughs all around.

If that’s not quite your brand of humor, you could try something less daring. See who can hold a straight face the longest, or challenge the other person not to laugh after you’ve told the funniest joke you know. As you come up with your own ideas, they might have some of their own to contribute as well, keeping the fun going for hours!

If you want something a little more specific than luck-of-the-draw video chat partners, you could focus your efforts by finding people who enjoy some of the same things as you. Instead of starting a conversation with each person who wants to talk, ask at the beginning of each chat if they enjoy a certain hobby or activity. It might take a little while to find someone who’s interested in the same things as you, but the sense of satisfaction you’ll feel will make it worth the search.

To make sure you don’t spend all your time searching instead of talking, think of how you could phrase your topic of interest so that it isn’t overly specific. For instance, instead of “the authentic French method of making croissants”, you could look for people who love “making decadent baked goods”.

Are you ready to start random video chatting?

Now that you’re prepared, you can start trying out your new ideas with other video chatters. They won’t be the only ones who love your approach – you’ll love it too!

How to Use Facebook’s Messenger Rooms