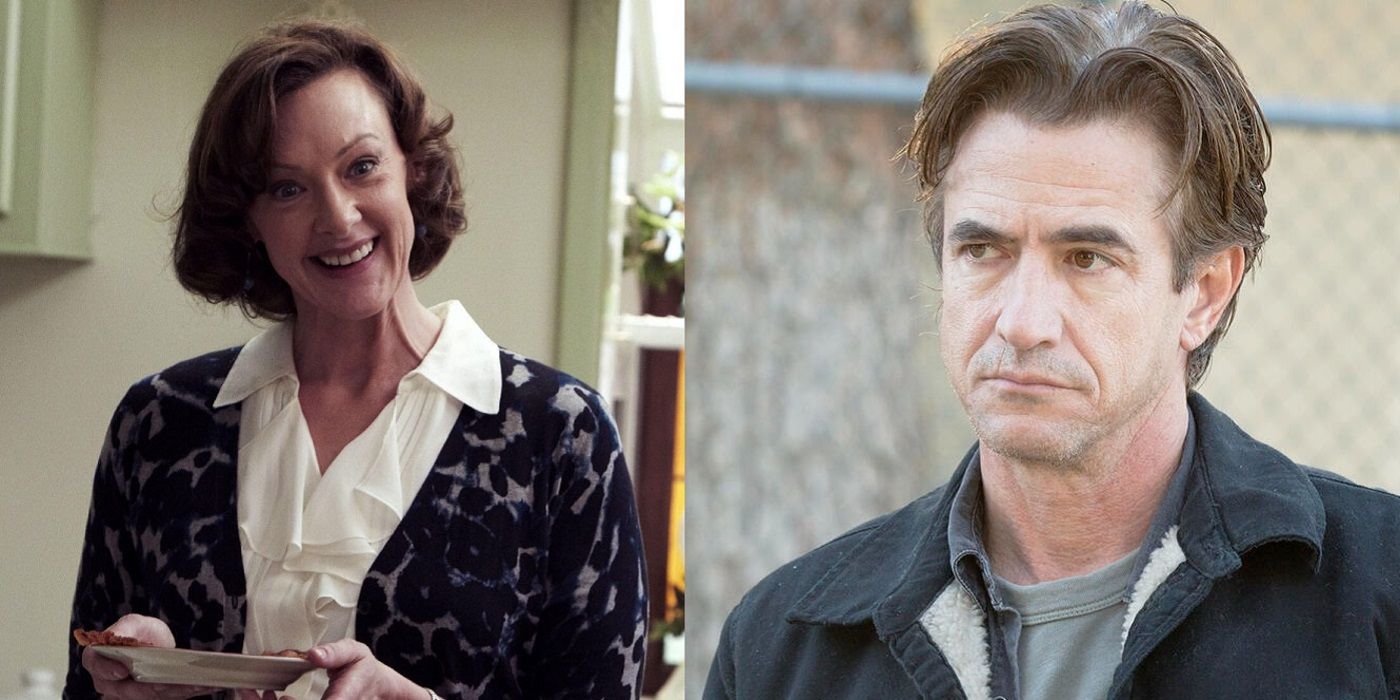 After spending 10 years and 134 episodes on the air from 2011 to 2021, Shameless became Showtime’s longest-running scripted drama series in network history. Much of the show’s appeal is derived from the lovably flawed Gallagher family and the colorful collection of characters they keep company with around the Southside of Chicago.

RELATED: Shameless – 9 Unpopular Fan Theories About Frank, According To Reddit

Yet for as compelling as the Gallagher clan is on the show, fans were left reeling when multiple cast members departed the series before their time. Conversely, several sordid side characters turned fans off due to their sheer longevity on the show.

Once she left, Levy was replaced by Emma Greenwell, who went on to appear in 32 episodes. As Ian’s fake girlfriend and close childhood friend, as well as Lip’s ex-girlfriend, it’s a shame she left the show before getting a chance to see Lip’s newborn baby and attend Mickey and Ian’s wedding.

Although Fiona made a bad habit out of dating men that were no good for her, she spent way too much time with the grumpy, lecherous, selfish drug addict Sean Pierce (Dermot Mulroney).

Sean began as Fiona’s boss at Patsy’s Pies and soon became her demanding boyfriend who was responsible for kicking Frank out of the house and driving a wedge through the family in Season 7. After nearly getting married to Fiona, Sean is discovered using heroin again and breaks Fiona’s heart. Worse yet, when he returns clean and sober a year later, he stuns Fiona by confessing to remarrying his ex-wife. Fiona should have dumped him a lot sooner.

Joan Cusack gave one of the most hilarious turns on Shameless as Sheila Jackson, the kinky agoraphobic neighbor who turns Frank into her submissive sexual partner in exchange for free room and board. Her early departure from the show was unspeakably sad.

Sheila lasted five seasons and 44 episodes until leaving after Frank’s homemade brewing business blew up her house. In conquering her fear of leaving the house, Sheila drives off to pursue her dream of seeing the world in a newly purchased RV. As one of the quirkiest characters and best actors on the show, Sheila is still sorely missed.

As one of the Alibi’s barstool mainstays, Tommy (Michael Patrick McGill) is the only character without a last name to appear in over 90 episodes. Prone to racist and misogynistic jokes that aren’t funny to anyone but his crony Kermit (Jim Hoffmaster), Tommy lasted way too long on the show.

While Tommy is shown to be loyal to Kevin and V as a daily Alibi Room patron, his character adds very little to the dramatic impact of any storyline in 10 seasons of the show. He’s there for comic relief and little else, which could have ended halfway through the series.

Many fans feel Shameless began to decrease in quality following the departure of Steve, AKA Jimmy (Justin Chatwin), Fiona’s mysterious but charming boyfriend introduced in the pilot. Despite being an ideal match for Fi, Jimmy’s shameless high-stakes occupation as an international drug dealer took him out of the picture by Season 7.

As Fiona’s first real meaningful boyfriend on the show, Jimmy became a real part of the Gallagher family by moving into the house. The affluent med-student left his privilege behind for a lucrative life of crime but still remained faithful to Fiona despite his dishonesty.

Although Scott Michael Campbell gives a solid performance as Brad, Lip’s cranky AA sponsor and auto shop boss lasted far longer than anyone could have imagined. There to lend supportive advice and a shoulder to lean on in times of crisis, Brad’s relationship with Lip began to sour as time went on.

By Season 8, Brad’s violent relapse after having a baby became such a downer of a subplot that it distracted from the arcs of the main characters. The character is meant to reinforce Lip’s growth as a man of sobriety, but by hanging around too long, Brad ended up causes more harm than help.

Likely written as a short-term character from the get-go, Monica Gallagher’s (Chloe Webb) departure still felt painful. After finally reuniting with their absent mother Monica after many years, the Gallaghers endearingly learn how much of their personalities they got from her. Frank allowing her to get away makes no sense.

Moreover, Frank rekindles his romance with Monica, whose mental illness leads to a wildly unpredictable lifestyle. Monica showcases the best and worst traits of the Gallagher family, giving her a fully rounded dimensionality that makes her one of the strongest and most memorable characters. Her bittersweet departure was far too premature.

Considering how their relationship went round and round in circles to absolutely nowhere, in retrospect, Sierra (Ruby Modine) spent too much time on Shameless. To be frank, so too did her infantile and ineffectual brother Neil (Zach Pearlman).

RELATED: Shameless Characters Ranked From Least To Most Shameless

After working alongside Fiona at Patsy’s, Sierra soon began a casual romance with Lip. When he balks over becoming a father figure to her son Lucas, their relationship sours. Sierra’s arc should have ended right there, yet she returns for a superfluous Season 8 story arc.

Without a doubt, the most vital character to leave before her time was Fiona (Emmy Rossum), big sister and de facto matriarch of the beloved Gallagher family. As the heart and soul of the series, Fiona finally felt unburdened enough to spread her wings and leave Chicago at the end of Season 9.

While Emmy Rossum felt that time was right to leave the show, the unpopular decision made Fiona miss out on the birth of Lip’s first baby, her brother Ian’s marriage to Mickey, the formative years of Debbie’s (Emma Kenney) baby Franny, and her father Frank’s untimely death. There is no way such an important character should have missed such key events.

Despite her wily criminal acumen that helped Kevin and V’s business stay afloat, the icy Russian prostitute Svetlana (Isidora Goreshter) had a ridiculously long character arc on Shameless. Introduced as a ridiculous way to “cure” Mickey’s homosexuality, she ends up bearing his unwanted child before becoming his green-card wife.

The cunning opportunist may have provided some funny moments on the show but ended up appearing in 53 episodes, more than Christian Isaiah did as family member Liam Gallagher. For such a cruel and unhappy character, that’s far too long.

NEXT: After Shameless – What The 10 Main Actors Are Doing Next


Next
Star Wars: 10 Unpopular Opinions About Finn (According To Reddit)

Melissa McCarthy’s New Netflix Movie The Starling Has Screened, And The First Reviews…

Batgirl Star Promises Her Barbara Gordon Will Be…