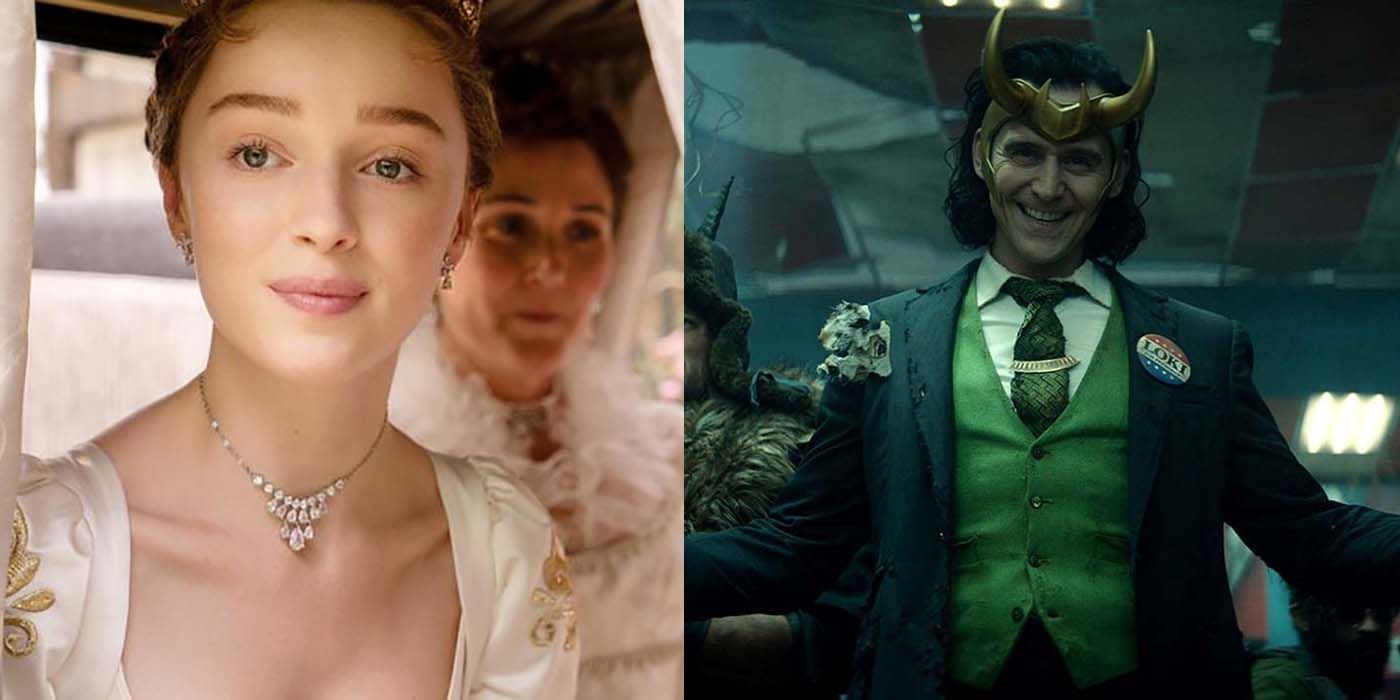 There was once a time when the only streaming service in town was Netflix. Over the last decade or so, however, several new streaming services have popped up. Some originate from linear networks that launched their own streaming offshoots. Others are brand new companies as well as brands that decided to branch out into the world of not only streaming TV but television production with lots of great original shows (such as Netflix’s Dash & Lily), many of which have been rated really well.

RELATED: The 10 Best Kids’ TV Shows Based On Books (& Where To Stream Them)

Each is a great way to watch television on a personal schedule, and from virtually anywhere, whether it’s at home via a smart TV, in a hotel using a streaming stick, or even on the subway using a smartphone or tablet. The top services all have millions of subscribers, and while the numbers continue to change, it’s easy to see which ones are the dominant services, and why.

Rounding out the top 10, Discovery+ has approximately 15 million subscribers to date who have signed up to watch programming from Discovery’s extensive library. Just launching in the U.S. in January 2021 (Discovery+ first launched in India in March 2020), the focus is on shows about home improvement, food, history, travel and animals.

They originally aired on channels under the Discovery umbrella, like HGTV, Food Network, Investigation Discovery, and Animal Planet as well as, of course, the Discovery Channel. Viewers can watch shows like The Secret of Skinwalker Ranch; Diners, Drive-Ins, and Dives; and the smash hit series 90 Day Fiancé.

With twice as many subscribers as Discovery+, the paid tier of YouTube called Premium has approximately 30 million subscribers, despite the ability to watch tons of content on YouTube for free.

The advantage of a subscription includes access to original series like Wayne and Origin (as well as Cobra Kai until it moved over to Netflix, becoming one of many popular Netflix shows that aren’t technically originals), but also the ability to watch regular YouTube content without ads. A subscription also includes offline play and background playback of videos using mobile devices, along with access to YouTube Music.

Formerly known as CBS All Access, it’s shows like Star Trek: Discovery and and Star Trek: Picard that helped propel Paramount+ to 36 million subscribers. Note, however, that technically, these numbers include subscriptions to all ViacomCBS streaming platforms, including Showtime and BET+ as well.

RELATED: 10 Best Wholesome TV Shows That Will Lift Your Spirits (& Where To Stream Them)

Nonetheless, it’s safe to assume that the majority of ViacomCBS streaming subscribers are signed on to this anchor service, which offers shows like The Good Fight, a spin-off of The Good Wife, as well as Big Brother: Over the Top, the first reality show to be exclusive to a streaming service when it launched in 2016. Paramount+ is also the home to the live feeds of the current season of Big Brother.

One of the newest players in the streaming TV game, Apple is primarily known as a technology company that makes computers, smartphones, smartwatches, and tablets. But in November 2019, the ever-expanding company launched Apple TV+. And since then, the service has acquired 40 million subscribers.

Apple TV+ has managed to secure some pretty great programming with A-list talent, including The Morning Show, Servant, and multi-Emmy-nominated series Ted Lasso. The subscriber numbers will likely, and potentially have already, risen thanks to the launch of the Apple One subscription bundle, which includes access to Apple TV+ bundled in with other popular Apple services and apps.

One of the first competitors to Netflix, Hulu, which is owned by The Walt Disney Company, offers a combination of basic access, ad-free, and live TV whereby subscribers can watch new episodes of currently airing network series day-and-date of release.

With a healthy 41.6 million subscribers, Hulu has also impressed with its own slate of originals, including The Handmaid’s Tale – one of the best dystopian TV shows on Hulu – Little Fires Everywhere, and Mrs. America. Acquiring tons of awards for its programming, Hulu remains one of many successes for Disney.

The newest addition to the mix, Peacock just launched in the summer of 2020. Owned by NBCUniversal and Comcast, it’s the linear network’s foray into the digital streaming world. Thus, not surprisingly, you can stream pretty much any popular NBC series through the service, from The Tonight Show to Saturday Night Live and The Office. The service also recently began offering a wealth of WWE content, becoming a primary source for wrestling fans.

RELATED: Every Streaming Service, Ranked According To Their Highest Rated TV Show On IMDb

It’s not surprising, then, that already in a year, Peacock has become one of the top-five streaming services in terms of subscriber numbers with a cool 42 million. Like the others, Peacock also launches its own originals, including reboots of Punky Brewster and Saved By the Bell as well as shows like Dr. Death and Tina Fey’s Girls5eva. Helping subscriber numbers is that the standard Peacock service is free while the Premium Plus option, which gives subscribers access to the full content library, also comes with some TV service provider subscriptions, like Xfinity and Cox.

The streaming affiliate to the premium network HBO, HBO Max has an estimated 67.5 million subscribers – a number that technically combines paying subscribers for both HBO Max and HBO. Nonetheless, with a reported 43.5 million of those subscribed to HBO Max specifically, it’s safe to say that HBO belongs in the top five, and would still end up in this same position in the ranking.https://screenrant.com/tag/the-sopranos/

With a steady list of top programming, like Game of Thrones and The Sopranos, and HBO Max originals like The Flight Attendant and I May Destroy You, HBO Max has proven a viable competitor in the space.

It was only a matter of time before Disney joined with its own streaming service to leverage its biggest franchises, like Star Wars and the Marvel Cinematic Universe (MCU) along with its extensive library of content. Launching in November 2019, it’s an impressive, though not surprising, feat that Disney+ has already acquired 103.6 million subscribers.

Much of this was driven by The Mandalorian as well as the original MCU titles to complement the movies, including WandaVision, The Falcon and the Winter Soldier, and Loki. Access to the massive Disney vault of content, including kid’s movies and TV shows as well as iconic films like Home Alone and Pirates of the Caribbean, Pixar films, and more, meant Disney+ started with a wide selection of quality content people were willing to pay for.

It’s a bit more difficult to categorize Amazon on this list since Amazon Prime Video comes as a default with a subscription to Amazon Prime. But the 175 million number still represents Prime subscribers who streamed a movie or TV show on Amazon over the past year, which means this many households (or accounts) has accessed Prime Video.

Along with plenty of network shows like Mr. Robot and Dexter, Amazon Prime Video affords access to wonderful original shows across every genre imaginable, like The Boys, The Marvelous Mrs. Maisel, and Invincible. With plenty of Emmy recognition, Amazon is a force to be reckoned with in the space.

It comes as no surprise that Netflix reigns supreme in the streaming world with 209 million subscribers. With that said, Amazon is hot on its heels. Netflix has had some massively successful series, like House of Cards and Orange is the New Black that really put it on the map as not only a place to stream content from a variety of sources, but a production house that can crank out its own hits.

Netflix continues to invest heavily in its own slate of original series, like Bridgerton, Ozark, and The Queen’s Gambit, which was one of Netflix’s best new shows of 2020, as well as picking up foreign content, inking licensing deals for streaming distribution rights for network series (and even picking up ones that networks have cancelled, like it did with Lucifer), and releasing content in every genre, from true crime to anime. While the race will continue, chances are Netflix will hang on to its top spot for some time to come.

NEXT: 10 Shows To Stream With (Mostly) Female Casts


Next
Harry Potter: 4 Storylines Fans Would Cut If They Could (& 6 They Wish Had Been Expanded)

A professional writer and editor with 18+ years of experience, Christine, now a freelance writer/editor, is a self-professed TV fanatic with tastes that vary considerably from comedies to dramas, sci-fi, and more. She can usually be found binging a new show at night, coupled with a glass of red wine. With a long history writing in the field of consumer tech, she now also writes on topics from entertainment to parenting, lifestyle, marketing, and business. She resides in Toronto, Ontario in Canada with her husband and young son.

Theme Park Attendance In 2020 Was Even Worse Than We Feared