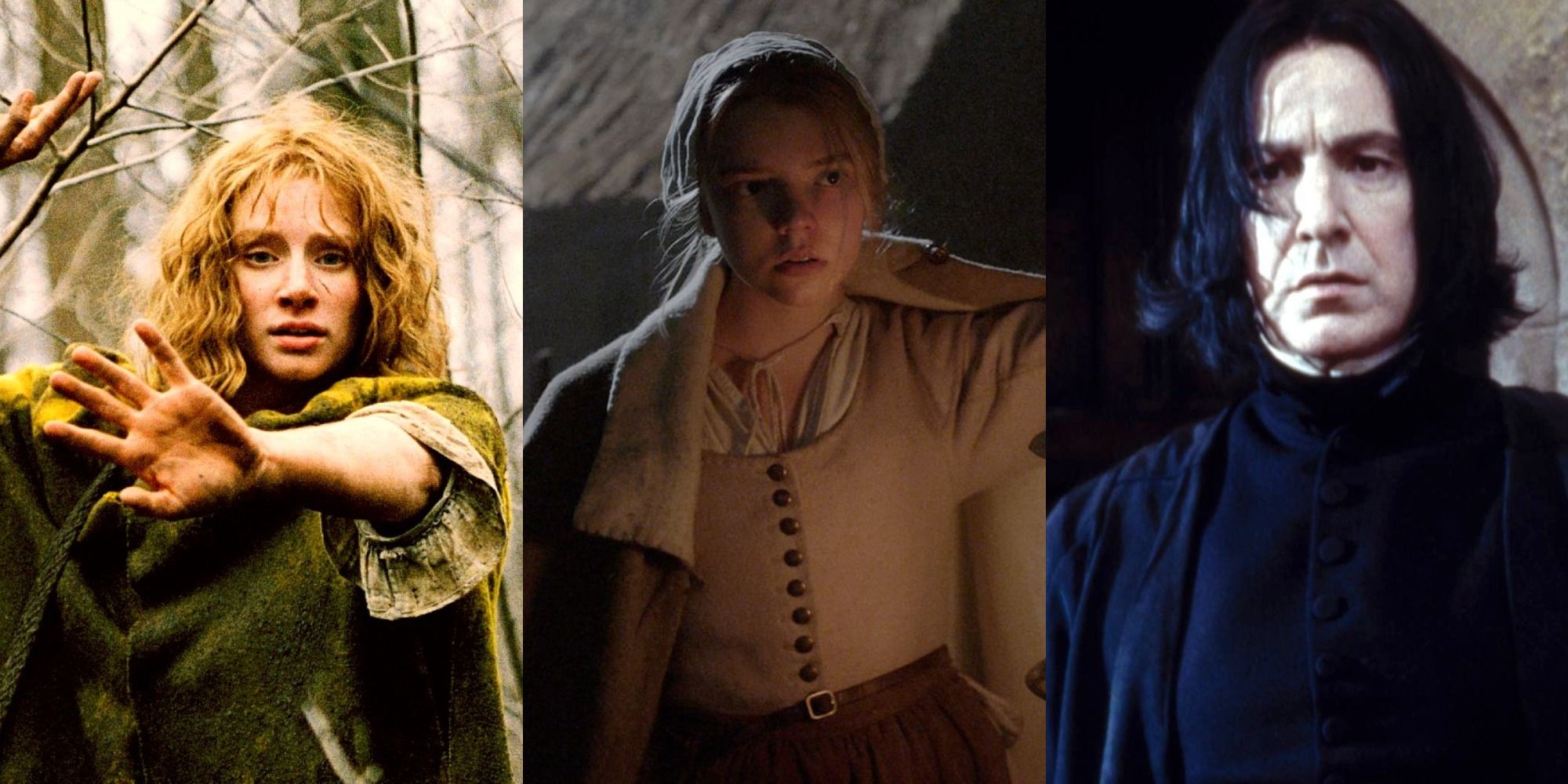 Fall is a very unique time of year, and it’s a favorite for many people. The weather is in a beautiful spot between cold and hot, and the slight chill makes for perfect sweater weather. School and work starts back up again, and of course, the changing leaves make for some often gorgeous vistas. Add in warm food, hot drinks, darker days, and wetter weather, and fall comes with a very comfortable atmosphere that is hard to match.

RELATED: The 10 Best Summer Movies, Ranked According To IMDb

Many movies take place in winter and summer, but fewer are focused on autumn. But those that do focus on it go all on in and manage to incorporate the things that many people love (even some of the holiday events too).

One of the first things that come to mind when thinking about “fall” movies is Halloween. Arguably John Carpenter’s best movie, Halloween is the perfect autumn movie – even though it was filmed in sunny California.

Thanks to a bit of movie magic, the film manages to capture the essence of the season by including a wonderfully chilly atmosphere. Not only are there pumpkins and other Halloween decorations, they also covered the streets with fallen, golden leaves, and barren trees. It’s exactly the kind of “empty” and quiet atmosphere that always preceded a fun night out of trick or treating (and is certainly the perfect setting for a horror movie too).

Hocus Pocus is a must-see Halloween movie for non-horror fans. While the movie didn’t initially do well, it is now regarded as a cult classic and holds a special place in the nostalgic hearts of ’90s kids everywhere.

The movie is set in late October and has a suitably chilly and colorful atmosphere. It also takes place in Salem, a beautiful town with lots of great scenery and an obvious history that relates to witchcraft and supposedly creepy occurrences. Nothing screams fall more than Halloween, witches, and the late October cold.

The filming of Dawn of the Dead began shortly after Halloween in 1977, and as such, it contains that distinct post-Halloween-but-not-quite-winter atmosphere. While most of the movie takes place inside a shopping mall, there are numerous scenes set outside on a cold November day.

The chill is obvious – characters wear thick jackets, their breath is clearly visible, the days have that dreary lighting, and most of the countryside is brown and bare. The trees have also recently died (which could be a perfect metaphor for the tone and all the zombies). It’s the perfect movie for snuggling up with a hot chocolate – provided one can stomach the violence.

M. Night Shyamalan’s The Village is the perfect type of movie for fall aficionados. The movie was actually filmed throughout the fall season of 2003, spanning October to December. And being shot in the woods of Pennsylvania, it has a very distinct fall atmosphere.

RELATED: 10 Shows Worth Watching To Get In The Mood For Fall

Anyone who has taken fall hikes will recognize and appreciate the atmosphere of The Village. It’s wet, it looks cold, dark, and dreary, and most of the foliage is either brown or dead. Few movies capture late East coast autumn quite like The Village.

Aside from being one of the best-found footage horror movies, The Blair Witch Project is essentially autumn camping in movie form. Characters walk through the woods of Maryland in late autumn, and it is every bit as atmospheric as one would expect.

The days look dark and overcast, characters look all warm wrapped up in their coats and hats, the fallen leaves on the forest floor rustle throughout, and night falls very fast. The foliage is also totally brown and dead, indicating a very late autumn setting. The Blair Witch Project simply feels like Fall.

No other movie celebrates the holiday of Halloween like Trick ‘r Treat. The segmented story centers around the beloved holiday itself, as a mysterious hooded child appears to anyone who defiantly breaks a beloved Halloween tradition.

It’s obvious that the movie has an affinity for the holiday and the general Halloween season, and the love it has for the time of year translates well to viewers. Anyone with an appreciation for fall and Halloween would do well to check it out and soak it in.

The Witch shares some similarities to Hocus Pocus, only it’s taken much more seriously. The movie is obviously rooted in American history and lore, concerning witchcraft in 17th century Eastern America.

The story takes place in the late autumn and early winter of New England, and it is suitably dreary. The movie is shot with an overtly gray and washed-out color scheme that nicely translates the drab overcast days of late autumn, and the dead forest setting matches the story’s hopeless tone.

For many, the autumn season is equated with the return to school. In that regard, Rushmore makes for the perfect autumn movie. Filled with Wes Anderson’s signature tropes, Rushmore concerns a student who finds himself falling in love with a school teacher and bonding with a rich industrialist over his unrequited love.

Aside from the colorful leaves, dying trees, and chilly atmosphere, Rushmore also nails that distinct mixture of dread and excitement that comes with a new year of school.

Silver Linings Playbook isn’t the first movie that would spring to mind when thinking of fall, but it nevertheless contains an undeniable vibe of the season. In many ways, it makes for the perfect fall movie.

It concerns the return of school and dreaded reading lists (in this case, books like Hemingway’s A Farewell to Arms). It also finds time for Halloween, and both Pat and his father are obsessed with American football, which is when the season starts. Combining American football, school, and Halloween helps the audience get ready for the cozy autumn nights.

Another nontraditional autumn movie is Harry Potter and the Philosopher’s Stone. This makes for perfect late autumn/November viewing, as it nicely balances different tones and atmospheres.

It perfectly conveys the excitement of a new school season (or, in this case, the first school year), and much of its exterior scenes take place on clearly cold days, with characters bundled up in warm clothing. It also finds time to convey both Halloween and Christmas, so watching it in November makes for the opportune viewing experience.

NEXT: 10 Cozy Rom-Coms To Add To Your Autumn Watch List


Next
MCU: 10 Key Characters Most Likely To Die In Phase 4

Nathan Sharp is a writer from outside Toronto, Ontario. He has a love of movies and television, having enjoyed them for more than twenty years. His preferences include drama, action, and horror, with the former being a particular point of interest and fascination.

He also has a love of video games, particularly those of Rockstar.

Whether it be about film, television, or video games, Nathan loves a good discussion and has written hundreds of articles for Screen Rant.

5 things you may not be doing to get more followers, likes on Instagram

Venom & 9 Other Marvel Characters That Belong In The DC Universe